Beyond The Cold Call 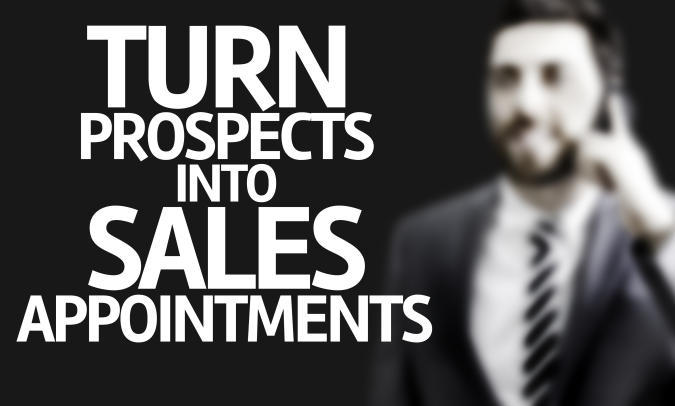 Have you ever made a prospecting phone call whose central message sounded something like this?

We’ve helped our clients (X, Y, and Z) to deliver (so-and-so benefit) with our (Such-and-Such brand

Notice that the only question here is focused on what the salesperson wants: the meeting.product/service), which has (so-and-so feature). I’d love to meet with you for just a few minutes next week to show you exactly what we’ve done for those clients. How’s Tuesday at 11:00 a.m.? Are you free then?

These kinds of prospecting calls are typically known as cold calls, and that’s a fitting name for them. In the vast majority of cases, they do in fact leave the prospect cold.

Cold calls of the kind we’re discussing are typically structured around some recitation of features and benefits, which leads directly to a request for an appointment. There are also some “turnarounds” you’re supposed to memorise. The person says he’s not interested in meeting with you, and you’re supposed to fire back with:

You know, it’s funny you should mention that. A lot of our very best clients were not at all interested in meeting with us, but we got the meeting anyway. Now, would you rather meet Tuesday at 11:00 or Wednesday at 1:00?

This approach to prospecting is ineffective for any number of reasons, perhaps the most important of which is that it does not support a real conversation between business peers. It’s basically a fire-hose that you turn on and point at the person who answers the phone. You keep up the pressure until the person either hangs up or submits by agreeing to a meeting.

The ratios associated with these calls are generally abysmal, and that’s not surprising. Fortunately, there is a better way to prospect by phone … but it requires moving beyond the familiar feature-and-benefit-dump, and it challenges you to engage in a true conversation before you ask for a slot on the calendar.

To initially stimulate prospects’ interest and engage them in conversation, during a prospecting call or in any other setting, you must be able to make them aware of and focus their attention on a meaningful and relevant challenge they face—a goal they are attempting to achieve, a problem they are attempting to solve, or an important issue they have yet to recognise.  The problem or goal should be one that is efficiently, effectively, and uniquely addressed by your product or service.

This conversation typically begins with a statement and a question from the salesperson’s side. The following is a statement and question for a company that sells turnkey, one-step solvent recycling equipment:

Several manufacturers in your industry have told us that, due to the new compliance regulations, not only have the costs associated with the storage and disposal of used solvents nearly doubled, but so has the paperwork.  How does that compare to your experiences?

Now you’re not unloading a fire-hose at the other person. You’re asking an intelligent business question – and waiting to hear what kind of answer you receive.

In order to ask meaningful, relevant, and timely questions, you must not only be thoroughly knowledgeable about your product or service, but also about your prospects’ and  customers’ industry  trends,  market  conditions,  competitive  positioning,  and regulatory requirements—anything that may affect how, when, where, or with whom they can do business.  The more you understand the landscape on which your prospects and customers do business, the better able you will be to identify opportunities to serve them. And the more successful your prospecting conversations will be.

Many salespeople fall into the feature-and-benefit-dump pattern during the prospecting call simply because it’s what they’re most familiar with. They don’t feel like doing the research. Considering the ease with which you can do an Internet search to discover information about the companies you target, their executives, their industries, and their markets, there is really no excuse for not initiating a conversation between peers about a prospect’s likely business problem.

The element you use to connect during an initial conversation with a prospect doesn’t have to relate to a unique circumstance or event (such as new compliance regulations).  It can relate to the means for either increasing efficiencies, revenues, and profits or decreasing inefficiencies and expenses.

Forget about features and benefits. Build your prospecting calls around relevant, appropriate questions that connect to some pain that you can remove from the prospect’s world. Then listen. Your prospecting ratios will improve dramatically.